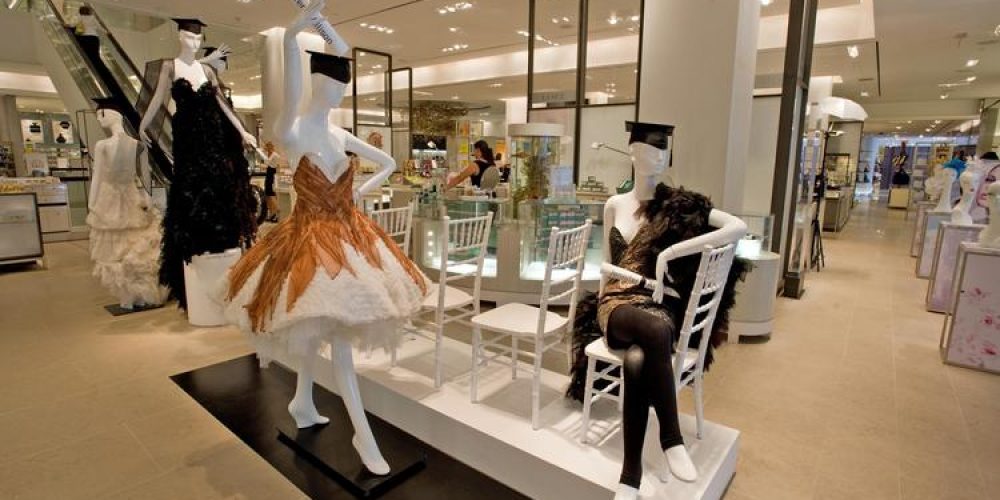 Ruth Ann Lockhart is the Vice President of Womenswear at Holt Renfrew, a chain of Canadian department stores specializing in luxury brands and designer boutiques. With over thirty years of experience in the fashion industry, Ms. Lockhart lets The Business Model peak into her thoughts about runway, showrooms, and more.

The Business Model: How did you get started in the fashion industry?

Ruth Ann Lockhart: I worked in England in fashion, then in Yorkville at a boutique. I opened my own shop in late 70s, as I loved vintage. From there I started buying contemporary Canadian and finally designer. Eventually I moved to Holts as a buyer.

TBM: What does your role at Holt Renfrew entail?

RAL: I am Vice President of Womenswear and am responsible for $200 million (CDN) in sales for nine stores. I have a team of buyers, assistant buyers, and planners who work as a team.

TBM: What was your first interaction with the modelling industry?

RAL: Apart from doing some swim modelling myself, I would say it was in the ’80s. My friend Sharmain Beddoe was a model, and with all the new Canadian talent emerging (i.e. Wayne Clarke, Comrags, Zapata) a Canadian fashion show was put together, [which was] followed by the AIDS benefits. At the same time I started to buy designer merchandise for my own store, Atomic Age, and I attended shows in London, Paris, and New York.

TBM: Over the past couple decades, you’ve been to nearly every major fashion show in New York, Milan, Paris, and London. Do you have a favourite model?

RAL: No, I don’t. But nothing ever beats the “big girls” of the 1990s like Claudia Schiffer, Christy Turlington, Naomi Campbell, Linda Evangelista, etc. When they were all in a show together they were breathtaking, like Valkyries, but gorgeous.

TBM: Since you began attending shows and today, what changes have you observed in casting decisions?

RAL: I don’t really register on this, as I am looking at something else: the product. However, Kate Moss was a game changer because of her size [height]. She, despite her beauty, could make clothes on the runway more accessible.

TBM: What does it take for a model to make a garment appealing to a buyer? Both in terms of what they don’t have control over (facial features, etc.), and what they do (posture, walk, etc.).

RAL: I like it when the clothes move with the body of the model in a natural fashion. What drives me nuts is stiff arms and wrists; I find it distracting. There’s a model – I don’t remember her name – that worked the big shows throughout the 2000s, whose mouth just turned up at the corners, so she always looked kind of naturally happy. It really made a difference and, again, was more accessible.

TBM: How do you feel about the controversy surrounding the weight of models on the runway?

RAL: I feel strongly about this. There are too many thin, young things. It is very, very bad in the Italian showrooms. Honestly Prada and Jil Sander used to be the worst. These poor young things from Eastern Europe were 13-14 years old. In recent years however, the runways have improved somewhat.

TBM: Do you think the size of a model affects the way audience members see the clothes?

RAL: Some clothes or designers just lend themselves to smaller models; I am thinking of Valentino last season, [which was] wispy and ethereal. Others would not want to see that, they want fullness and a more womanly look, like Dolce & Gabbana or Versace. So, yes, it does. [Models] embody the clothes and, ergo, the buyer’s opinion of a show. However, buyers know the difference from runway to reality, whereas the public does not. Hems will be longer, V-necks will be shorter, etc.

TBM: Have you ever had any negative experiences with models?

TBM: Do you have any advice for models who are working in showrooms or doing presentations?

RAL: I think models here have more opportunity for interaction. We ask their opinions all the time like, “Is it scratchy?” “Can you sit down?” Or if they offer [their opinions], like “This is so comfortable,” we appreciate it. Some showrooms don’t like it, but a showroom model can really sell a collection. We also tend to see the same models in the same showrooms, especially in New York. This adds continuity to our perspective and we get to know them and they us. It’s nice.

TBM: Do you have any advice to give models who are walking in runway shows?

RAL: Make the most of it, don’t stay out too late, and don’t beat yourself up if you trip!