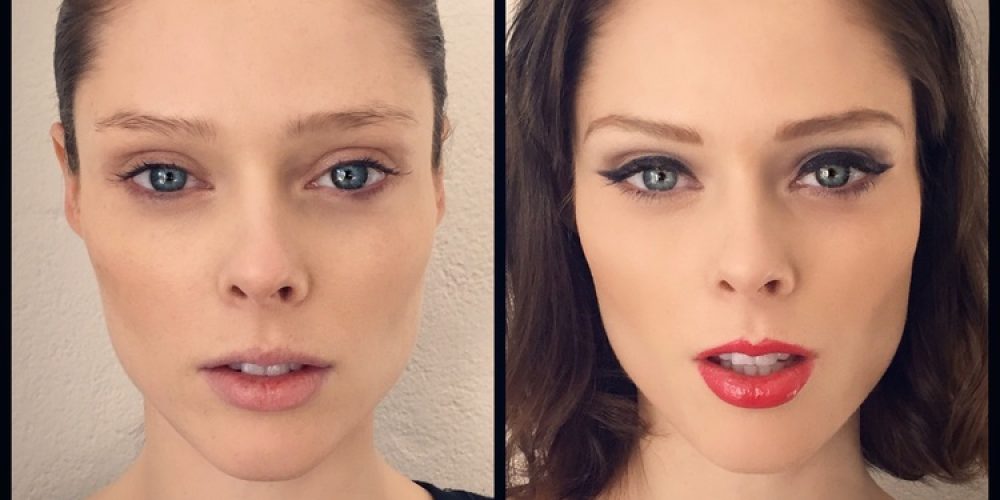 As a young girl growing up in Vancouver, Coco Rocha never expected to become one of modeling’s biggest and most ubiquitous stars. After being spotted by a modeling scout at an Irish dancing competition, Rocha was introduced to world-renowned photographer Steven Meisel and shortly after appeared on the March 2006 cover of Vogue Italia, sparking a meteoric rise into fashion and modeling.

Coco paired her charismatic personality and on-air presence with her expertise in fashion and collaborated with E! Canada as host for a NY Fashion Week special, aired in May 2009. She was ET Canada’s fashion commentator on the red carpet at the 2010 Grammy Awards and MTV recruited Coco to be their red carpet correspondent for MTV.com at the Video Music Awards in 2010. She was People Magazine’s correspondent for the Met Ball in 2012 and was honored to co-host CNN World Wide’s red carpet coverage of the 2013 Academy Awards alongside Piers Morgan.

In December 2009, Vogue Paris named Coco one of the top 30 models of the decade. The following year she was awarded Marie Claire’s Prix d’Excellence as their «Model Of The Year’ at a ceremony in Paris, and just three months later she was presented the Elle Style award for ‘Model of the Year’ by Boy George in London. In 2013 Coco was awarded the model of the year award at the first ever Canadian Arts and Fashion Awards (CAFA) in Toronto.

Among the first in her field to embrace social media, Coco has positioned herself as one of the most digitally-savvy models in the world; her presence on Tumblr, Twitter, Facebook, Google+, Tencent Weibo, Sina Weibo and various other social media platforms has gained her a total of over 16 million followers. In 2013 Time magazine named Coco’s twitter account one of the 140 best twitter feeds. An avid fan of technology, she has unofficially consulted for many tech startups and her love of technology was a natural fit for her position as a Contributing Editor at PCMag. Her first book was launched in September 2014 from Harper Collins. The Study of Pose. with foreword by longtime collaborator Jean Paul Gaultier, catalogs over 1000 unique poses, each captured from 100 angles by renowned photographer Steven Sebring. The app version of the book contains a staggering 100,000 unique images of Rocha.

In early 2015, Rocha partnered with Disney and HSN on a capsule collection to support their live-action Cinderella movie premiere. Later that spring it was announced that Coco would be designing her own handbag collection for luxury brand Botkier launching fall of 2015.

In June of 2010, Coco married artist James Conran. The two have collaborated professionally on a number of film and art projects, including a documentary about their February 2011 trip to Haiti, which premiered in Toronto and New York in the fall of 2011. The next year they created a jewelry line for charity Senhoa which supports victims of human trafficking in Asia. Rocha and Conran’s exploration in design continued with a jewelry collection for online retailer Baublebar in 2014 which launched to critical and popular acclaim. Most Recently, Coco announced plans to debut her own womenswear label, a brand entitled CO+CO by Coco Rocha which will launch through a joint venture with the Los Angeles – based Paragon Project and in partnership with her husband, artist James Conran.

Rocha and Conran were wed in June of 2010. In Addition to acting as Coco’s business manager for the last 5 years, Coco and James have collaborated personally and professionally on a number of film and art projects since then, including a documentary about their February 2011 trip to Haiti and a jewelry line for charity Senhoa which supports victims of human trafficking in Asia. James and Coco welcomed a baby girl, Ioni James Conran on March 28th, 2015. A resident of New York, Coco spends her free time with family and friends..