WE’VE MADE IT! A LOOK AT THE RISE OF CHINESE MODELS 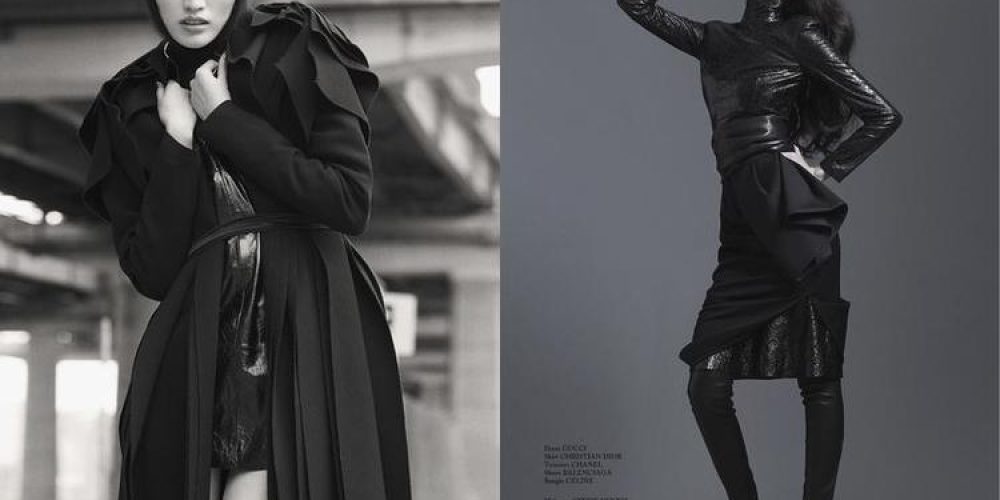 “There certainly are many more Asian women on the runways and rosters of modeling agencies than before,” says veteran casting director Jennifer Starr, who gave both Wang Xiao and Sui He their breaks with CK One and Ralph Lauren, respectively, in 2011. “There’s even an Asian woman representing a major [Western] cosmetics brand. Yes, things are changing. We need to applaud that change, educate people on the need to continue in that direction, and to make the pages of our magazines and our runways as culturally diverse as the streets of our global cities.”

Elizabeth L Peng writes about the laudable rise of Chinese models for Style.com.

Modeling—and fashion at large—are relatively new phenomena in modern China. It wasn’t even until 1979 that the country saw its first-ever fashion show when Pierre Cardin presented twelve French models to a bureaucratic, Mao-suit-clad crowd at Beijing’s Cultural Palace of Minorities. Today, roughly thirty-five years later, the greater China region has grown to become the world’s second-largest luxury goods market and boasts a ferocious appetite that’s largely dictating the terms of a $300 billion industry.

In the last decade, however, one contingent of girls—excuse me, women—has inadvertently become de facto cultural ambassadresses who are softly wielding their influence in meaningful ways. They are the industry’s leading Chinese models, including Du Juan, Liu Wen, Xiao Wen Ju, Xi Mengyao (or Ming Xi), Sui He, Wang Xiao, Fei Fei Sun, and Shu Pei Qin, among others, and they are introducing new notions of beauty back home in the East while simultaneously breaking racial stereotypes in the West.